Google is a monopoly — and it’s crushing the interne

It Is Time to Break Up Google!

Amazon, ‘The Washington Post’ and That $600 MIllion CIA Contract

It has been a tough few weeks for The Washington Post. 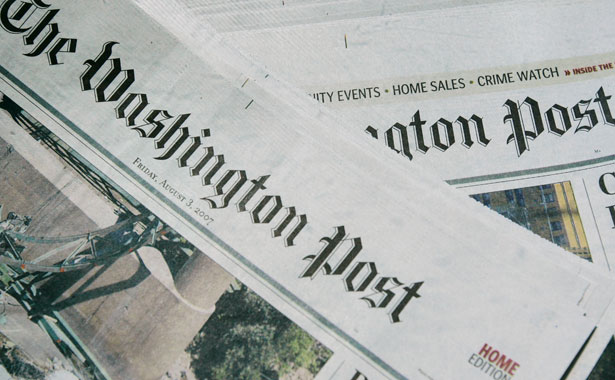 The Friday and Thursday editions of The Washington Post. (AP Photo)

It’s been a rough couple days for The Washington Post. Word emerged that hackers invaded its internal system—for a few days, no less—all of its staffers had to change their passwords as the company tried to figure out how much data had been compromised.

Meanwhile, a petition campaign was launched related to news that Amazon, under the Post’s new owner, Jeff Bezos, recently secured a $600 million contract from the CIA. That’s at least twice what Bezos paid for the Post this year. Bezos recently disclosed that the company’s Web-services business is building a “private cloud” for the CIA to use for its data needs.

Critics charge that, at a minimum, the Post needs to disclose its CIA link whenever it reports on the agency. Over 15,000 have signed the petition this week hosted by RootsAction.

In a statement released by the Institute for Public Accuracy, media writer/author Robert McChesney observes:

When the main shareholder in one of the very largest corporations in the world benefits from a massive contract with the CIA on the one hand, and that same billionaire owns the Washington Post on the other hand, there are serious problems. The Post is unquestionably the political paper of record in the United States, and how it covers governance sets the agenda for the balance of the news media. Citizens need to know about this conflict of interest in the columns of the Post itself.

If some official enemy of the United States had a comparable situation—say the owner of the dominant newspaper in Caracas was getting $600 million in secretive contracts from the Maduro government—the Post itself would lead the howling chorus impaling that newspaper and that government for making a mockery of a free press. It is time for the Post to take a dose of its own medicine.”

See article by Norman Solomon for a fuller accounting. He notes:

Bezos personally and publicly touts Amazon Web Services, and it’s evident that Amazon will be seeking more CIA contracts. Last month, Amazon issued a statement saying, “We look forward to a successful relationship with the CIA.”

Greg Mitchell Twitter Greg Mitchell writes a daily blog for The Nation focusing on media, politics and culture. He is the former editor of Editor & Publisher and author of thirteen books. His latest book, on the 2012 Obama-Romney race, is Tricks, Lies, and Videotape. His other books include Atomic Cover-Up, The Campaign of the Century (winner of the Goldsmith Book Prize), two books related to WikiLeaks and a pair of books with Robert Jay Lifton on Hiroshima and the death penalty in America.