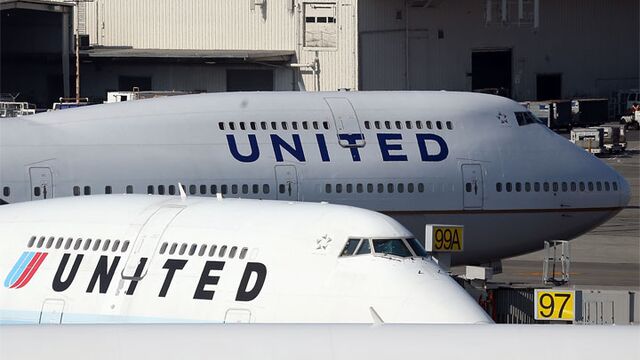 NYU Stern School Professor Scott Galloway discusses United Airlines response to outrage over a video of a passenger being dragged off a flight and how the company can make amends. He speaks with Bloomberg’s Alix Steel on ‘Bloomberg Daybreak: Americas.’ (Source: Bloomberg)
United Continental Holdings Inc. struggled to contain spiraling fallout over a passenger’s forcible removal from a flight as efforts at damage control fell flat.

Recordings of the incident posted on social media spread quickly around the globe and sent people into a rage. They showed officers pulling a passenger from a flight Sunday evening after he refused to give up his seat and then dragging him down the aisle as travelers yelled at them to stop.

The chilling scene was turning into a public-relations disaster for United, whose fumbling response only served to demonstrate how a normally routine consumer interaction can expand into a brand-damaging event in a world of cellphones and Facebook.

United Chief Executive Officer Oscar Munoz initially apologized for “having to re-accommodate these customers” but in a subsequent message to employees, the CEO called the passenger “disruptive” and “belligerent.”

“It was probably the most tone-deaf response I’ve seen to this type of issue — possibly ever,” Scott Galloway, a professor of marketing at New York University, said on Bloomberg Television. “It’s as if they literally sat around and thought, ‘how could we make a bad situation worse.’”

The stock dropped 2.5 percent to $69.74 at 1:02 p.m. Tuesday in New York, marking the second-biggest decline on a Bloomberg index of U.S. airlines.

United was the butt of jokes by late-night comedians and by Tuesday in China, the incident was even a focus of social media and a government editorial. The hashtag #UnitedForcesPassengerOffPlane was the top trending item on Sina Weibo, the equivalent of Twitter, with more than 270 million views by evening in China. The man who was removed appeared to be of Asian descent.

China’s state mouthpiece the Global Times questioned in an editorial if “the victim’s Chinese ethnicity potentially made a difference” in how the passenger was treated. An online petition called “Chinese Lives Matter” calling for a U.S. investigation into the case has garnered 38,000 signatures.

In an ironic touch, Munoz just last month was named “Communicator of the Year for 2017” by PRWeek. The public-relations industry publication said Munoz “has shown himself to be a smart, dedicated, and excellent leader who understands the value of communications.”

Munoz received support from flight attendants. His letter to United workers Monday night was only meant to boost employee morale in a very trying time, said Sara Nelson, international president of the flight-attendants union for United.

“When something like this happens and people have to go to work and have order in their workplace to keep everyone safe, it can be incredibly demoralizing,” she said. “Some credit needs to be given to him.”

The incident showed how airline bumping can veer into confrontation. Carriers around the world routinely oversell their flights because people don’t always appear for a flight. Overselling is a way to cover that situation while maximizing the airline’s revenue.

The swift social-media condemnation, which extended to Washington, was sparked because the man wasn’t being ejected for misbehavior or a security threat. United said initially that the flight was overbooked, its staff chose him and he didn’t want to get bumped. The airline later said it needed room for its own employees to get to another flight.

Video posted to Facebook and Twitter showed the man being dragged out of his seat and down the aisle of Flight 3411 to Louisville, Kentucky, from Chicago. The man said he was a doctor and had to be in Louisville on Monday for work, according to a Twitter account by a passenger who said he was on the flight.

United required the seats on the Chicago plane to accommodate several crew members who needed to get to Louisville to avoid canceling other flights, spokesman Charles Hobart said. The flight wasn’t oversold, he said.

“It’s not something we want to do, but occasionally, it’s something we have to do,” Hobart said. “This was an instance where, unfortunately, we had to request the assistance of law enforcement because we had to get that aircraft off the ground.”

The incident poses an incremental risk of inviting a response from lawmakers, Buckingham analyst Daniel McKenzie wrote in a note to investors.

“It’s a brand damaging event, but it’s unlikely investors will be able to pinpoint the fallout in UAL’s revenue production,” he wrote. Shareholders are more worried about competition and whether the carrier will miss revenue targets this summer as it increases seat availability, McKenzie said.

But NYU’s Galloway said “heads should roll” at United because it will cost the airline both in terms of direct response by passengers and in damage to its image longer term. Potential travelers finding similar fares on United and a competitor may choose the rival because of the video, he said.

“The airline industry is fairly competitive and often times you have more than one option at the same price,” he said. “At a minimum, this is a tie breaker. And in the airline industry, there are a lot of ties presented to consumers.”

The incident came two weeks after United drew social-media scorn for enforcing its dress code for people who fly as nonrevenue passengers, such as employees. A girl flying from Denver was told to change her leggings before boarding. In response, the airline then took efforts to tell “our regular customers” that “leggings are welcome.”

The most important market news of the day.
Get our markets daily newsletter.

United’s contract of carriage says it chooses passengers to be bumped based on fare class, itinerary, status in its frequent-flyer program, “and the time in which the passenger presents him/herself for check-in without advanced seat assignment.” That means those who pay more for a ticket and those who fly the airline frequently are less likely to be selected for an involuntary bump, criteria that aren’t unique to the Chicago-based carrier.

A volunteer is paid for the seat and booked on another flight. But if there aren’t enough volunteers, an airline resorts to the involuntary method. When it goes wrong, it can get ugly. That’s one reason JetBlue Airways Corp., for example, doesn’t do it.